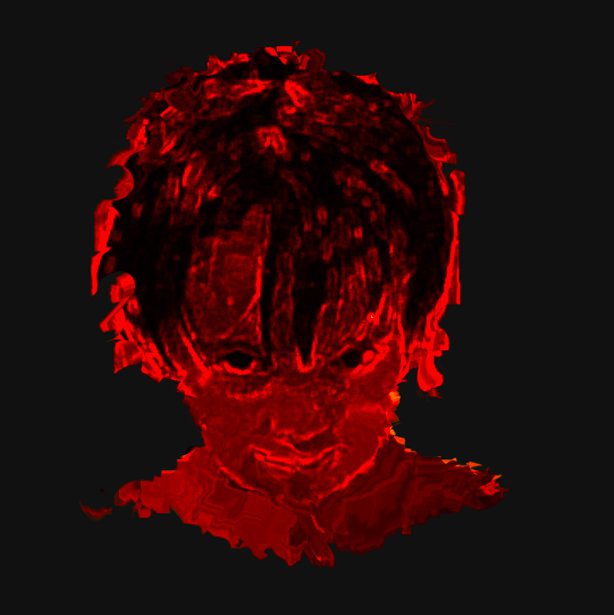 Bro Mirrormelt!!! I would personally like to thank you for rocking with our BLOG and most importantly pushing dope real Hip Hop! Let me ask you how long have you been a Hip Hop artist?

Thank you sir, I appreciate all of this. I’ve been producing music and writing lyrics for about 20 years now, mostly in a hermit like existence. Making beats at my home studio, spending countless hours reading instruction manuals, absorbing the gear, learning how all the machines communicate with each other, etc. Evolving through time, putting in an almost obsessive focus and passion for the craft, hungry to grow, as my tastes and techniques developed. Spending days on end chopping and looping shit up, archiving my sound library, developing my own style. So through my love for the culture, the music, and the technology, I’ve developed into the artist I’ve become, and still becoming…

What specific area of Miami, FL are you from?

I was born in Hialeah, raised in Carol City, but since then have lived in several areas in Miami, but currently residing in Hollywood, FL.

Also, how did you get you emcee name?

I’ve had it for many years, but I remember trying to find a combination of words that together sounded dope. Mirror because my music is a reflection of me, and so the idea of a mirror melting signifies a dissolving of what we perceive as reality, so that we can enter, through that mirror, into another way of thinking or dimension, where we can experience new sensations and perceptions. It reminded me of Alice in Wonderland, which influenced me as a child.

Let’s get right into it, your latest album “Darwin”, has to be on of the dopest project in 2019, in my humble opinion. Please breakdown the creative process behind it?

Thank you. It took me about 9 months to give birth to this strange beast. My first thought when I started this project was, what would be the theme or concept behind the record, something that unifies the songs, so that it sounds like one cohesive piece of work, versus just a collection of songs. It then dawned on me to make this project a love letter to the Earth. I wanted the songs to sound like natural occurrences, tectonic plates shifting, volcanoes erupting, crashing waves, thunder and birdsongs, etc., Almost like if nature itself, came to life and made music. I also thought, unlike my my first project Sacred Glimpse, where I was rapping like a madman possesed, that I would let the music take the forefront on this one, I would come in occasionally and pepper the track with verses, some of it more like spoken word. I didn’t want to make a traditional Hip Hop record. In no way was I thinking of what appeal this would have to the masses. My idea was to make a project outside of that pressure, something more abstract, experimental, and impressionistic, that may not be of this time, but that was the point. With that attitude, I might not make it far in this industry, lol, but I can’t live any other way. I then decided to name it Darwin, which I realize may alienate some listeners, but the idea was not to espouse his theories, but I saw in him a reflection of me. He spent all of those years, studying the different animal species, on his own, in solitude, out of a hunger for knowledge and understanding, like I have with music. So the idea is that whatever you may believe in, we all evolve, develop, and adapt to our environment. And that the supernatural is not needed, because nature is already super, and awe inspiring, like any good art is.

We notice your style is super original and very creative. Let us know how your style if different than all the rap artists out there!

I’m not trying to compete with anyone, I’m in my own lane. I listen to some of my favorite rappers, like Andre 3000, Rakim, Nas, etc. and think, I can never do what they do, they are such specialists and masters of the craft, it’s so inspirational, especially Kendrick’s recent output, I love it. If anything, they’ve inspired me to be myself, develop my own style, and chart my own course, for better or worse. I think another thing that makes me different from the most of the rap artists out there, is that I make beats as well, most rappers rely on other’s for their sound, but mine is truly my own.

I smoke to get in a zone, to be honest. When I write a verse, I try to see how can I match the pocket and flow of the song, so that I mesh well with it, and so that my verse is almost like an extra instrument on the track. The majority of this album was made on Ableton and using an MPC. When I make music, it’s usually with a time constraint, I don’t have the luxury of time like I want, so when I work on something, there is a sense of urgency, a focused intent, to get something going and to not meander. A song can take several shapes through it’s creation. This is a 9 track album, but it started as a 14 track album, I had to cut the fat, certain songs, dope on their own, but they didn’t fit in the context of my vision. The order of the songs, the track-listing is very important to me, how a song flows into another. I’m constantly re-writing parts, layering sounds, I obsess over the details, almost unhealthily, driving to and fro from work, listening to a track for the 300th time, taking notes, “when I get home I got to add a different hihat, or the kick feels too boomy, work on that, or come up with a better transition for this section, etc.” while working on this project, I used up the little brain cells I had left, so now that it’s over, I’m hoping to generate new brain cells, for the next project.

Any upcoming shows to look forward to? Are you planning on touring any time soon?

I’ve been so focused on working on this album and now promoting it, that the next phase is a live show, so I’m putting serious thought into what that would consist of. I’d like to make it a different experience from what’s common. I’m hoping into the new year, I’ll come out my cave and perform my songs live at some point, stay tuned.

How does social media playing a role in your success? How are fans/supporters helping your movement?

I suck at promotion man, I’m trying, it doesn’t come natural to me, hopefully I can get a manger or record label at some point to do that shit. I’m doing all of this on the dolo tip. I realize though that I need to take advantage of social media more, still learning the ropes, on how I can best utilize it. I just joined Instagram a couple of weeks back, and got like 20 followers, so I’m behind the times, lol. I’ve got a decent following on Soundcloud, but it’s a struggle, especially with a project like this, that’s so odd and different, and in this environment of trap and mumble rap, I’m not sure where I fit in, to be frank. My supporters so far have been family and friends, I would like to throw the net wider, to a larger audience, but with the 1,653,563 rappers and artists that are out there now, to stick out above the fray, is a challenge, so I appreciate the shine you’re giving to it.

True independence is when you don’t depend on what is the current trend or style to feel current or popular, but rather to create yourself in your own image, as a unique individual, that does what feels natural.

Peep my other projects on bandcamp: Sacred Glimpse, by Mirrormelt.