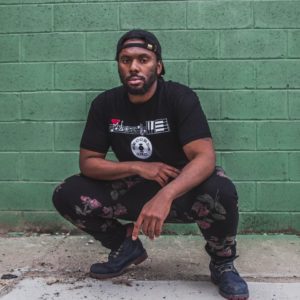 Bay area MC Profhit has high hopes for himself and expectations where his discography will sit in the conversation of all time greats. With that same energy he has went to work writing the lyrics encompassed in his recent release, Thee Emcee. I caught up with Profhit recently to check his temperature as an MC, break down some of the lyrics and talk trends in Hip Hop. Check out the exclusive below:

Jason Bourne: On “Flow Is Like” you have a line “even if you never heard of me – my flow is timeless ….Greatest to ever do it” that’s bold! But to me Bars are supposed to be bold and that level of confidence incorporated – how do you feel?

Profhit: It wasn’t as bold as you think it is lol. I was really just saying once you record yourself in any fashion and put it into “The Cloud” for our current form of consumable media and or tape, CD it will live on forever. It can be found by anyone so people may not hear me now but it’s out there and it can be discovered a week from now or 30 years from. Regardless of opinion, its timeless. But I try to remain humble because there’s a lot of great unknown artist in the world. I still know my value and what I bring to the table.  Underground or mainstream I plan on cementing myself in the top 10 dead or alive. I respect those who are not here to actively compete so that means somebodies favorite artist is eventually going to give up a seat for Profhit before it’s all said and done.

Jason Bourne: You start the track off as if you are speaking to a woman – “When I get behind it…..beat it up.” In comparison to some of your favorites of all time – how do you go about your song structure keeping up with the trend of today or aiming for that legacy of punchlines and word play?

Profhit: For the most part I just write what I feel. Sometimes I write different parts of a song or verse for that matter in different time periods. For example, Ball Owt, when it first came to me it was just a feature verse but it took me 3 months to finish the first verse because the beat was nothing like I ever heard before. Shit had an accordion in it, I haven’t heard one hip-hop/rap track with that in it so I had to really hone it on it to bend my style to accentuate the track and its unique sound. As far as tracks like Statistic that song was geared towards the pop/mainstream style of rap and the melody is what really helped me write that song. The word play came from the underlining bass and claps which was necessary so that it wasn’t too mainstream and had some elements of rap.

Jason Bourne: “Primal” is heavy hip hop and word play – how do u rate the song in comparison to other songs on the project?

Profhit: I definitely rate the song as the best track off the project in regards to the theme and purpose of the entire EP. That purpose was to cement myself amongst the greatest of all time, regardless of how much attention this project gets from now over the next few months. I intended on this project being something that later in my career people will come back to and say this is what a lyricist and MC is all about.

Jason Bourne: Why does it hold that regard?

Profhit: It’s the continuation of the true essence of Hip Hop. When you hear a track and an artist comes out swinging with the punchlines, metaphors, similes and just raw lyricism the emotion and response that follows from the listeners is incomparable. The Thizz face is what we call it out here in the Bay. If I can make people listening to my music make the Thizz Face I know my bars is official.

Jason Bourne: The content is competitive – was that your goal end the project with a bang?

Profhit: Precisely, any of the greatest MC’s, artist or top 10 in your preference, take my entire EP and count the bars and sit them next to any project of your top ten right now and I guarantee without bias I’m on equal playing field or I’m wiping out the competition. Some of the top artist in my top 10 of today’s current generation are Kendrick, J. Cole, Big K.R.I.T, Joey Badass, Nipsey Hustle etc., and I have no doubt in my mind that once they hear what I’m coming with they will know I’m coming for their spot.

Jason Bourne: Do you think that essential element of Hip Hop is missing today? In terms of competitive jabs?

Profhit: I think artist are more friendly with each other and the competitive element is missing in terms of mainstream; however underground artist are taking shots at the greats and each other every day. Hip Hop will never die or lose its true essence because Hip Hop was never intended for the mainstream media and America. So the version that is consumed nationwide and worldwide will not what existed in the 80’s and early 90’s. 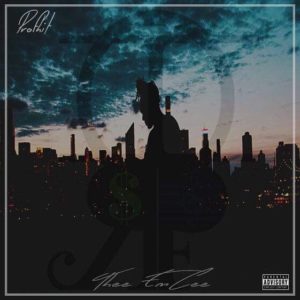