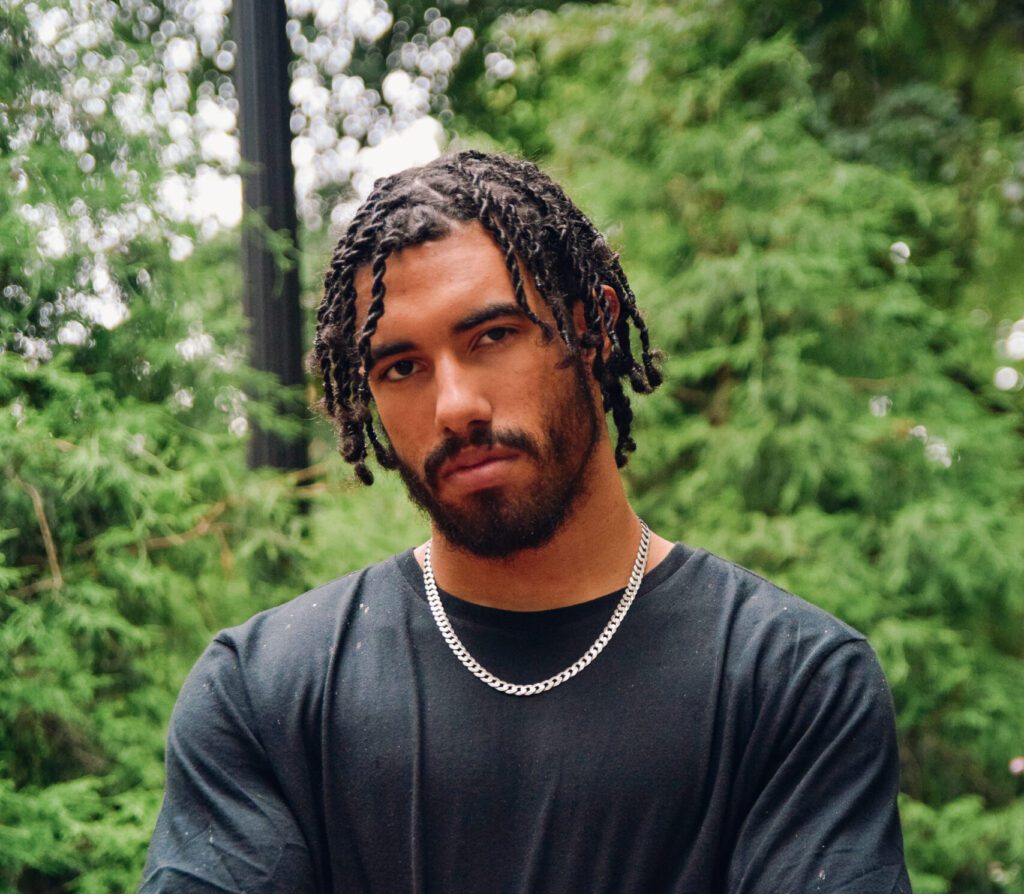 Make sure to hit these pre-save links and support single https://www.musicgateway.com/presave/from-the-ashes Http://Li.sten.to/InsideTM

Chad Kinnear grew up in small New England towns with unique names like Falmouth and Mashpee. Kinnear suffered numerous life-threatening injuries while he was growing up. Friends nicknamed him “Black Magic” because
he continuously cheated death, over and over again. He’s survived everything from severe burns and electrocution, to poisoning and accidental overdose. Magic has been knocked down, time and time again, but he always finds a way to bounce back.

Young and uncertain of his interests, Magic started gravitating toward music when he was 12 years old. Having survived serious injuries, harsh life circumstances, and sporadic mental instability, music became a therapy, carrying Magic through the toughest times of his life. Realizing what his songs had done for him, Magic was determined to share it with others, recognizing how his healing words could guide listeners through their own personal tragedy. Identifying with misfortune, he adopted the fitting stage-name, Tragically Magic, and began using music to draw audiences through the darkness, into the light on the other side of trauma. 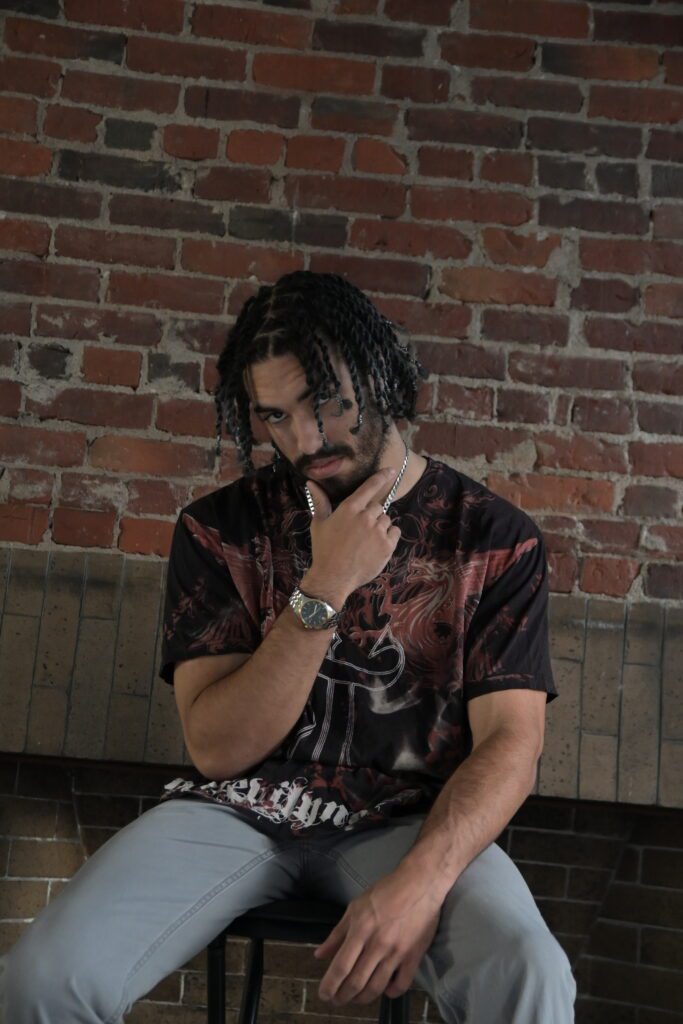 As a teenager, Tragically Magic competed as a boxer in local gyms. In January of 2016, as a result of his intense training regiment, Magic gained 35 pounds of muscle in only two weeks. The added mass was put on so rapidly, his body couldn’t keep up, and both of Tragically Magic’s feet and ankles were crushed beneath his own weight. With a backup plan to join the military ruined as well, Magic’s entire life changed. Only 16 years of age, he felt his hopes and dreams were destroyed, and Tragically Magic found himself in the lowest moments of his life. With a warrior mentality, Tragically Magic pushed on. Given the opportunity to continue living, he knew there was a reason he was still here. Finding purpose in music, Tragically Magic moved forward as an artist, embracing his gift of song.

The difficult recovery from his sports injury became an iconic moment in Magic’s life, a source from which he derives inspiration. Many lines in his songs are direct references to this time frame. Tragically Magic alludes to his former boxing days in songs lyrics, as in “Bridges Burned” and “Heart Torn,” which contains the line, “I want to be a boxer like Rocky or Apollo.” Words like, “standing on my own two feet,” are meant literally, a reference to Magic’s ability to recover from injury. This boxing mentality helped him realize that life gets better, you just have to keep fighting.

Tragically Magic pulls from a vast vocabulary, laying clever lyrics down in experimental rhyme schemes, delving deep into subjects which explore the complexities of the human psyche. His spoken word style weaves through an engaging backdrop of rhythm. His voice lifts audiences up, pulling them out of sorrow. With an original hip-hop sound, Tragically Magic integrates 90’s-style beats into his captivating raps. His early influences came from the music his parents listened to when he was a child. If Magic was with his dad, it was always classic rock legends, like AC/DC, but from his mother, he absorbed the smooth R&B styles of Usher and Ne-Yo. Building his own music tastes as an adult, Magic notes, Dax and J. Cole, as two more artists impacting his approach to his own methodology.  His work has evolved over time, expanding in length and depth, as Magic continues to develop as an artist, perfecting his craft along the way. 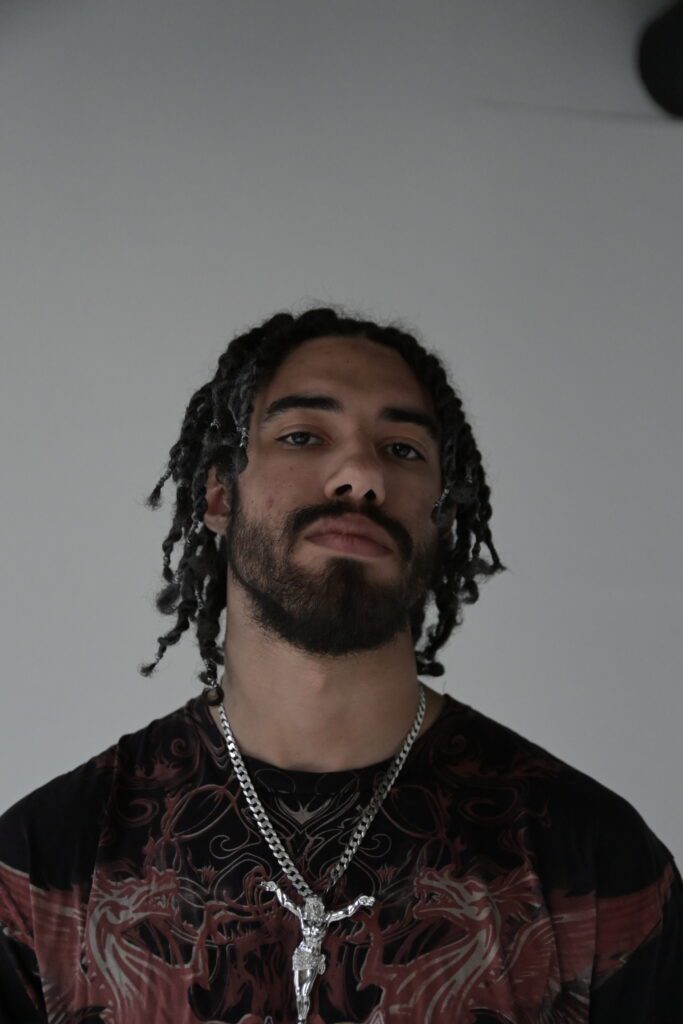 Self-taught, Tragically Magic started recording music in March of 2019 with his debut track, “Best of It,” and a second song to follow immediately the next month. He released both of them to Soundcloud, and right away, Magic’s music was received by audiences. Fans resonated strongly with “Left Behind,” a powerful song about losing the support of loved ones and feelings of abandonment. With his second song, Magic realized his skills were drastically improving. Motivated to keep at it, Tragically Magic set to work with furious energy.  He released his first album titled after the featured track, “Left Behind,” just three months after his first recording session. He challenged himself to maintain this momentum, delivering another album, Things Change, to fans just 30 days later. Within those first three months, he had already released two singles and two albums. As the year progressed, Tragically Magic continued to turn out new tracks. Since then, he’s recorded numerous singles, an EP, and his latest project, INSIDE, a 20-track album intentionally dropped the same year Magic turned 20, a golden event for 2020.

With over 100 songs written to date, Tragically Magic isn’t slowing down any time soon. Streaming across all major digital platforms, his momentum continues, and Tragically Magic is always working on something new. He is blazing forward with firey energy. His boxing mentality carries into all aspects of Magic’s life, giving him the strength to succeed against all odds. Sending this message to his fans, Tragically Magic offers compassion to anyone going through difficulty. “You are not alone,” Magic reminds his followers.  “You do not have to fight alone, I’m here.” He makes himself personally available to all his fans through his social media outreach, giving support to anyone who needs it. Tragically Magic’s music is about getting beaten down again and again, finding the tenacity to push through, and building up the strength to keep fighting. Writing from the pain of physical injury, Tragically Magic pulls deep from the darkness of his soul, finds a guiding light, and holds it up for others. With a revolutionary approach to the current music culture, Tragically Magic blazes forward, bringing audiences out of low places, inspiring hope, and encouraging resilience.