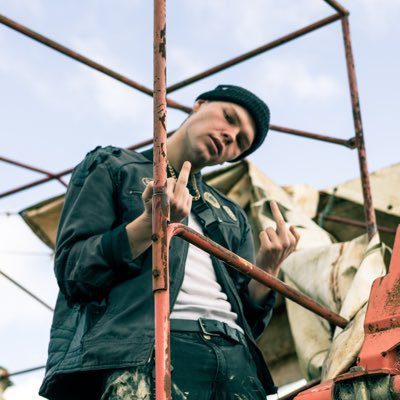 This might sound corny or whatever but I can’t cap, Eminem for sure. I remember driving to the ovens river with my fam at like 10 years old, and the radio reception kept going out while me and my brothers were trying to learn the words to My Name Is, dope memory!

I’m not worried man, I’m not trying to prove anything. I literally do this for the pure love of the process and the feeling, I think that’s rare these days. I also feel ‘sound’ wise my voice isn’t sonically like anyone, and I pride myself in being diverse with tones and flows.

Everything I did as a young kid, I had to try super super hard to be good at it. Like in school, I was considered to be pretty smart and shit, but I had to work really hard to be even average. Even skateboarding, anyone who knows me would say “bro Charlie can skate” but that was so hard to get good at. Rap and the whole music aspect of life was the first thing that came ‘natural’ – I knew it was mine and something I would hold close forever.

Where did your moniker originate, Charlie Threads?

Hahaha I used to freestyle at a homies house and he had a dog named Charlie, and it was around the Odd Future era you know, everyone was a name and a thing… etc “Earl Sweatshirt” “Frank Ocean”, so I was like fuck it “Charlie Threads” works, never knew I’d be here now though.

Has this Corona Virus interfered with your music push?
Of course, it’s interfered with everyone’s push and release schedule, everything from shows to sessions have been compromised. What sucks is shows are where I feel most comfortable, so a whole year with out one has been rough, but I stay positive and focus on the fact I put together a great body of work, signed my first deal and personally grew in 2020.

What do you hope new listeners take away from your new Say Less EP?

Have fun! Make music for fun! That’s what we are tryna’ do, turn up. I’ve made my fair share of introspective music and live ballads, this is one that comes from pure enjoyment.

No new music, but possibly one of the ripest videos to come out the country!

Do you, don’t be afraid to fail, let that fuel you. Never be anchored by that, it’s powerful energy you gotta’ use to you advantage.