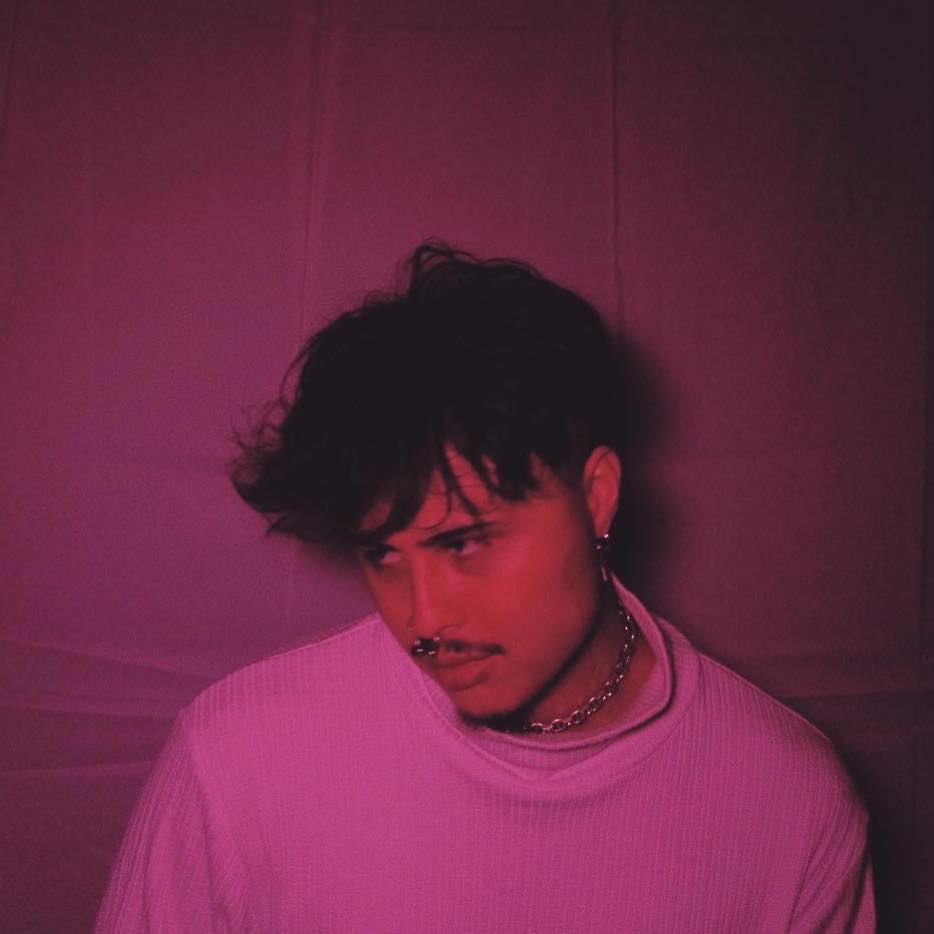 Please tell us how many years you’ve been making music wav? For those unfamiliar, please shed some light on your background in the Hip Hop game. Please detail.

I been freestyling or tryna be somewhat involved in music my whole life. But I started taking it career serious about 4 years ago. Just never really fit the mold of someone who should be freestyling a lot of the kids I knew who liked rap music in the apartments I grew up at made me feel a lot of shame and embarrassment for expressing interest as a kid. But fuck it I grew up and I been influenced by so much music and not belonging anywhere led me to search everywhere to find who I am. Like what is music to me. I’m fundamentally hip hop I guess but I don’t see myself as being in the hip hop game. I feel I just make music in the industry- and some of the shit I make is rap shit.

How did you come up with your emcee name wav?

I didn’t really “come up with it”. People would just say you’re a “wavy dude” or say how I ‘always been on my own wave.” I guess I think of like Bruce Lee when i think of waves. And wav is just aesthetically prettier and more striking.

Do you find most of your fanbase familiar with you from your old projects, or do you feel that you’ve been discovered in recent years more so on the merit of your music. Please detail.

I used to go by yvng wav as a play on my government name but I couldn’t get certain songs back to me when they were sorted wrong in Apple and other important platforms. I actually had a lot of fucking traction on that name as well. but my capitalization was always fucked up like “Yvng Wav” and I just really believed if my shit is good enough and my supporters are genuine, they would come back once i notified everyone about the switch. So its some old and some new. My fanbase isn’t as big as id like but its for sure growing and those who are apart of it are amazingly supportive. They inspire me so much.

When compared to other artists, what is it about wav that stands out and makes you unique from the pack. Please detail.

Like I FOR REAL for real do every song in like one or two takes. Its not some written shit i just did on a different beat and called a freestyle. Like a lot of artists be saying “I freestyle my songs/I don’t write” but like record bar by bar n shit. I do the whole shit or at least whole hook then whole verse most the time. Hopefully ill shoot a vid or some shit of it but I’m a shy person n it get heavy in the booth for me cuz it be so real for me. I think its something people love or hate. I think words are shallow sometimes. Stacking double, triple entendres, doing long narrative like essay type songs is some shit you can teach anyone imo. Like I was writing the most like crazy shit lyrically when i was like in fourth grade. To me that shit is superficial. What you cant teach is how to convey feelings a certain way. Evoke emotional responses in people. Evoke emotions in yourself. When you freestyle songs the way I do, its no chance to lie, to attempt perfection. Its just honest raw content you don’t even have time to think its like feeling-> vocal not feeling->conscious thought -> written document-> rehearsed vocal. I have severe ass adhd tho so maybe like i just am trippin idk.

I want to be the next Bruce Lee but another art form. I feel I have a gang of opinions, feelings and experiences that are valuable- just at the moment my voice isn’t loud enough to hear it yet if u get me. I want to do what it takes to put my loved ones where I feel they deserve to be, alleviate all the struggles. My mother been struggled her whole life to raise us. The typical shit. I think if I got the right offer from the right label i would consider signing but fr i built a baby empire. Were completely self sufficient now its just releasing and spreading the music. I know how to build a quality recording studio. That’s how we were getting money at first in LA. I don’t need no audio engineer. I got my own who is dedicated and learned from the best. I don’t need no DJ. All people I trust, and I trust few. I don’t want to need anyone.

For this new year 2021, what do we have to look forward to when it comes to new wav music? Please reference your forthcoming projects that you’re at liberty to speak of.

I think ima put out my first official album and ima definitely be releasing some cool new features in the near future. I am also going to be making a lot of visuals.

Due to the pandemic, how are you pivoting with making music around this whole Covid 19 situation?

To be honest its been pretty fucked up. Luckily we have our own high quality studio so it aint much effect on my actual music making. But shit been crazy with my family and my mother is an especially at risk individual. So I’ve been travelling to and from LA a lot to be there for her if she needs it. I am hella careful on some hazmat suit type shit. Streaming lives has been good for us. I need to improve on that though. And we just been mixing and mastering peoples music remotely since our studio was so high quality.

We have to ask, with all this social discourse and revolt, protesting and rioting, exposed police brutality toward minorities, how do you guys feel about this? Not to mention, the huge wealth gap between the 1% and the rest of us. We would love your perspective on the climate we are living in right now?

I think this a really big and important question that I can’t really answer sufficient here and I already wrote a lot so i think I want to wait to say what I think about all that till I am in a position to respond in a way that is worthy of such a fucked up twisted and personal/emotional topic.

Any message and or tips you want to give to all the new upcoming emcee’s today?

Be good at social media, or have a team that is in your place. Don’t take shortcuts. Be ready to fail and keep getting up. Be thick skinned. Show respect to others in the industry. From where i stand now in my career i think that’s all i have the right to say.

All my music and content can be found here: